With only days until the Big Day, otherwise known as Election Day here in the United States, I thought it would be fun to show you the homes of former Presidents that my husband and I have visited together.  We’ve started with ones that are closest to us and when travelling, have sometimes discovered by accident that another President’s home was nearby.  We are working our way through our great country’s historical spots and hope you enjoy it nearly as much as we have.

This was the home and plantation of our 7th President, Andrew “Old Hickory” Jackson.  Born into poverty of Irish immigrants in 1767, Andrew Jackson is originally from the Waxhaw region which sits on the border of North and South Carolina.  Jackson always claimed to be from South Carolina even though both states claim him as their native son.

At the age of 13, he joins the fight against Britain in the Revolutionary War. It was during the 1780-1781 British invasion of the Carolinas that his mother and brothers died, leaving Jackson with a lifelong hatred towards Great Britain.  Jackson was actually taken prisoner and the story goes that upon refusal to shine a British officer’s boots, he was struck across the face with a saber leaving permanent scarring.

Without much formal education, Jackson taught himself law and was admitted to the Bar in North Carolina in 1787.  He later moved west of the Appalachian mountains to an area that would later become the State of Tennessee.  It was in this region where the city of Nashville was born.  Jackson became a successful prosecuting attorney and later married the love of his love, Rachel Donelson, daughter of a local colonel. Scandal wrapped this courtship because Rachel was still married to her former husband when she and Andrew Jackson became a couple in 1791. It wasn’t until 1794 at the finalization of her divorce that she and Jackson are legally married.  Theirs is a lifelong love story of a love that endures scandal, never faltering and holding them through the years.  Andrew was completely devoted to Rachel and even in death, rest side-by-side together in the garden tomb that he had built for her in 1831 and where he later joined her in 1845.  The prosperity enjoyed by the Jacksons enabled him to build this beautiful mansion shortly after Tennessee became the 16th State of the Union.  Andrew Jackson was an unconventional man and often times very controversial.  But he had fiercely held principles and a vision that rocked our young Nation politically, culturally and on the battlefield.  He was the first man elected to the US House of Representatives from Tennessee and was part of the convention that drafted the new State Constitution for Tennessee in 1796.

Jackson first ran for President in 1824-1825 and receives the popular vote, but no candidate receives the majority electoral vote.  The House of Representatives had to choose between the 3 top candidates and ended up naming Adams as President after the Speaker of the House Henry Clay threw his support behind Adams.  Disgusted with the “corrupt bargain” between Clay and Adams, Jackson resigned from the Senate.  Jackson later served two terms as President from 1829 – 1837.  You’ll find the story behind our 7th President to be one of intrigue, color and riddled with a bold fierceness that many abhorred and many more admired.

The Hermitage is an impressive farm. Beautiful tree-lined roads where carriages were once driven are now pedestrian only.  Come prepared to walk quite a bit and wear comfortable shoes!  Along with the Visitor’s Center, there is a Café and museum store as well as a picnic area. There is a self-guided audio tour available in three versions – adult, family and Spanish – that is included in the regular admission.  You may also choose the personal interpreter-led tours, or hike the walking trail or stroll through the historic shrubs, trees, plants and flowers in the Gardens.

Photography in encouraged all over the grounds, but inside the Mansion, it is not allowed.  There are period dressed tour guides that give you an overall historical view of each section you visit. Parts of the Plantation can be reached by car, then a short walk to the actual site. From the Visitor’s Center there is a beautiful pedestrian pathway leading up to the impressive, tree-lined entrance of The Hermitage.

These friendly staffers will also answer any questions you may have about General Jackson and his home.

A wonderful close up view of the gutter near the top of the back side of the Mansion.  We were amazed at the detail, the date and even the President’s initials were there!

Many of the buildings and cabins are no longer standing. Adjacent to the mansion is the beautiful flower garden and tomb of General and Mrs. Jackson as well as a small family cemetery.

You’ll enjoy the peacefulness as well as the beauty of the surrounding flower garden.

Another beautiful view of the expansive 1,120-acre National Historic Landmark property that started out as a 425-acre frontier farm.

The wedding attire of the General and his wife, Rachel.  For me, it is always surprising to see just how tiny historical figures can be as compared to the height and stature of people today.

One could easily spend all day here.  Bring a picnic or pick up lunch in the Café and spend the day learning about the first frontier President and the controversial role he played during a time when the biggest and most volatile political issues were Indian removal and slavery.

This is the end of our first stop.  Join us again when we continue with All the Presidents’ Homes. 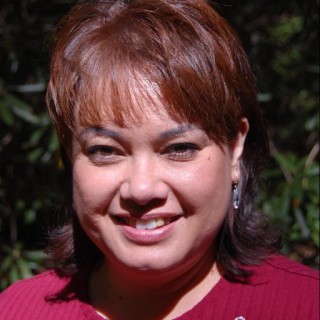